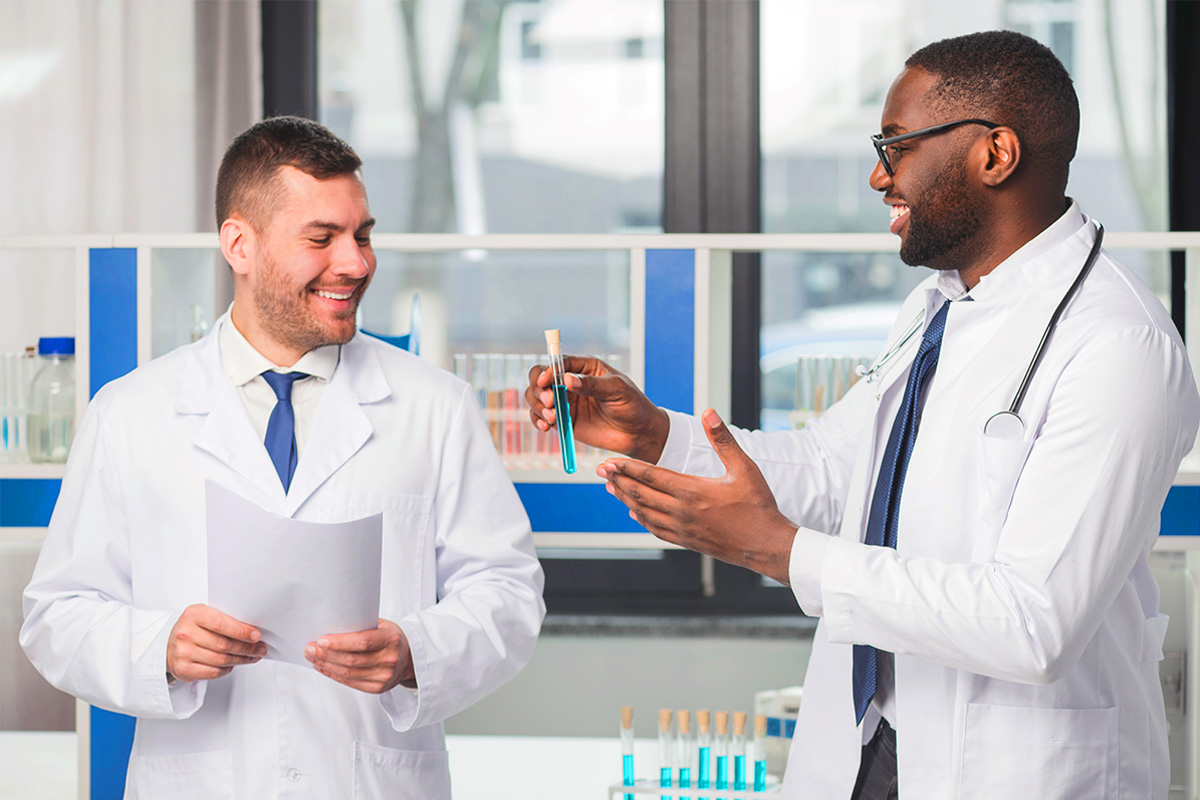 The privately owned biotechnology company BGM Pharma has entered into a landmark partnership with the South African Nuclear Energy Corporation (NECSA) and the University of Cape Town (UCT), to bring GluCABTM, a new theranostic, to market.

Speaking about the deal, which is estimated to be around R600m in clinical trials and development costs, co-founder and president of BGM Pharma, Martin Magwaza, says that medical innovation is alive and well in South Africa, adding that to take a molecule from doctoral thesis to clinical testing for the global market is a huge milestone for the country and indeed the local healthcare market.

“The initial investment of R600m in the development of the theranostic will ensure that clinical trials prove safety and efficacy in a sufficient number of human subjects. More investment will be required to conduct multi-centre and multi-country clinical trials and in so doing, elevate GluCAB to global blockbuster status,” says Magwaza. He added: “Although we are a few years from market readiness – 48-60 months – the initiation of clinical studies for a local technology is a significant development and represents progress in an area of healthcare that remains a major threat to people throughout the world.”

As the second leading cause of death globally, cancer was responsible for 8.8m deaths in 2015, and approximately 70% of deaths from cancer occur in low- and middle-income countries; 41,647 deaths were reported in South Africa in 2014. The global burden of cancer will grow by 70% over the next two decades, the World Health Organisation (WHO) predicts, with an estimated 22m new cases and 13m deaths each year by 2032.

“The disease burden of cancer is a resource drain on our healthcare system, and there is a massive need for new and lifesaving medical interventions. Theranostics like GluCAB are the new frontier when it comes to the treatment of an illness that continues to ravage vast populations of people globally,” says Magwaza.

The term “theranostics” was coined to define an agent used for diagnosis via imaging followed by therapy, and according to Magwaza, it is fast becoming the norm in personalised medicine.

NECSA executive manager, new business development, Brian Mphahlele says: “In recent years cancer research has started to focus on imaging and radiotherapeutic methods with high levels of specificity and sensitivity. In other words, methods that detect relatively small tumours and selectively target tumours with minimal side effects or damage to healthy cells. It can be asserted without exaggeration that BGM, UCT and NECSA are collaborating with an express intention to address big and growing global health challenges.”

Mphahlele says: “The GluCAB compound currently being developed by NECSA and UCT that will be brought to market by BGM, is set to significantly increase the market share of this class of medical treatment: therapeutic radiopharmaceuticals. The intellectual property has been protected by NECSA and UCT with a contribution from the department of science and technology’s National IP Management Office.

“The advantages of the new compound over conventional cancer diagnostics and therapeutic procedures are many and include improved diagnosis and treatment, reduced patient recovery time, increased survival rates, and significantly lower pharmacological toxicity and side effects. This will not only have an impact on individual cancer patients and their families, but it promises to become a socio-economic driver in healthcare systems around the globe,” says Mphahlele.

All of these progressive outcomes are made possible because of the GluCAB two-stage cancer targeting mechanism. The GluCAB compound localises in the regions of the tumour through its passive targeting sub-system via the enhanced permeability and retention (EPR) effect. Once at the targeted area, the compound uses its active targeting sub-system to attach itself to a specific receptor on the surface of the cancer cell – delivering a radioisotope into the tumour cell. The delivered radioisotope tracer makes it possible to image and diagnose cancer through CT scanning.

The tracer can also be used as a therapeutic treatment to destroy the cancer cells.

GluCAB has a radiation component with a narrow spectrum of activity which only targets cancerous cells where the molecule has been internalised. It seeks cancerous cells and kills them through targeted radiation.

UCT deputy vice chancellor, Professor Mamokgethi Phakeng, says: “It is exciting to see UCT research being matured through the various development phases in partnership with industry and ultimately making an impact on society. The faculty of health sciences plays a vital role in responding to South African problems in the context of African and global health challenges by supporting training and research.”

Head of nuclear medicine at the University of Pretoria and the Steve Biko Academic Hospital, Professor Mike Sathekge says that when it comes to treating cancer you should have insights into tumour biology, thus optimising your management with a treatment that’s targeted. “It’s for these reasons that the theranostics approach is so effective. Best described as a lock and key system that uses the same molecule to diagnose and treat, theranostics provide a roadmap for a personalised treatment plan, leading to a patient-specific successful outcome. With this modality of treatment, there is no hit and miss due to targeted molecular imaging probes,” says Sathekge.

Adding to this he says he believes that theranostics and nuclear medicine are not the only way to treat cancer, management is multidisciplinary – however the theranostics approach is the most exciting development and certainly the way of the future.

Initially the new theranostic will be used to seek, identify and treat solid mass tumours such as those found in breast and ovarian cancer.